We arrived at this amazing place 25 years ago and haven’t regretted it once.
Myself and parents came to Kremasti on holiday all those years ago and then decided to move out here… We did this over a 3 year process. After we went back to the UK after our holiday, mum and dad asked me if i’d like to go live out there. At the time i was 15 and it didn’t take me long to say yes. So, the first year we rented our UK home for the summer and tried we came here ( Rhodes ) for 6 months. We returned to the UK and in to our home for the winter. We did this 3 years running and then finally sold the house in the UK.

Over time we have done different jobs, I was renting bikes/cars for the first couple of summers which was probably the best job i have ever had lol… It consisted of sleeping mainly. People rent bikes/cars in the morning or evening so during the day there was plenty of sleeping on my part.
Mum and dad were waitering.. Mum in a local Kafeneion ( old mans coffee shop ) which is now a local butchers ( still owned by the same people ). Dad was in a hotel up the road called Sunflower.
After a couple of years of this mum and dad were about ready to go back to the UK as they had been living a tourist life which consisted of basically going out every night and not worrying about tomorrow… This happens a lot to people that move over here and over the years we have seen many many people come and go due to this. I managed to change their minds and convinced them to get an internet bar, which at the time was very new… only 2 other places on the island had access to this new thing called internet lol.. So we founded Tommie’s Bar.
To start with Tommie’s Bar was mainly Internet, but then over time the internet became more and more popular and Tommie’s Bar began working more and more as a bar so we removed most of the computers and went about fixing the bar up like a UK pub. This took a long time and over the years I believe we have done the job.

I met the love of my life Helen 17 years ago ( 2001 ).. An amazing woman that I love with all of my heart…We have since had 2 fantastic boys, Sean (14) and Benjamin (10), who are totally different from one another but are both amazing, funny, stubborn, highly intelligent and at times just make you speechless.

Over the years we have had some amazing times in and outside of the bar… There were many a night when we would have 4 or 5 people in the bar and we would say “ok last drinks, lets all go to faliraki”.. And that was that we would just bring customers over to faliraki for a night out haha, not very practical and good for business but we enjoyed it and i’m sure they did also.
About 7 years ago I got sick, my kidneys stopped working and apparently i was very close to not making it, if not for my wife showing the doctors the Irish in her…anyway, soon after that incident I was sent to Crete to get a biopsy and it turns out I had a thing called minimal change disease…
After finding this out I was put on quite a few tablets to get my kidneys working again, which did their job but one of the side effects was, the tablets ate part of my hip bone… so fast forward 2 years and i’m sat in hospital again waiting to get a total hip replacement…. joy…
After this was done and after the physio everything was good.. they scanned the other hip and they said that would need doing in another 4 or 5 years…wrong… fast forward 1 year and i’m sat in the hospital waiting for another total hip replacement on my other hip…
So… now, it’s all good.. I have 2 false hips but feeling better for it and hopefully that’s the end of it.

OK so this brings us up to the present day ( 2018 ).. But i need to go back 2 years to 2016…
2016 wasn’t a good year. Dad had a pain in his chest and after visiting the hospital a couple of times we decided to go somewhere else as the pain wasn’t easing up… The other doctor sent dad for a ct scan which revealed the worst news ever.. They found cancer!
This was a shock to the system as cancer affects other people not us…. unfortunately, this isn’t the truth and that horrible, vile, disgusting thing effects anybody and everybody. It takes no prisoners and doesn’t care who you are or how old!
Mum and Dad’s first instinct was to go back to the UK so the language barrier wouldn’t be an issue, but I convinced them otherwise and within 10 days Dad had started his Chemotherapy and was preparing for his Radiotherapy ( unfortunately, the cancer was everywhere including his brain ).
After about 7 months Dad was starting to forget things and myself, Mum and Dad decided it would be best to go to the UK before it was too late. The reason for this was that dad wanted to be cremated which at the time they didn’t do here. So we went to the uk where he stayed with his brother Bill. Things kind of progressed quickly from there and it wasn’t long before we had to go to the hospital. 04:28am Thursday 30th March 2017, the man I looked up to so so much took his last breath and went to a better place. 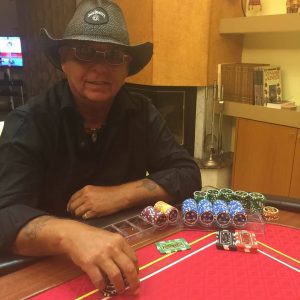 Tommy Yates… What can I say about Dad… He was kind, funny, intelligent, a fantastic father, grandfather, husband. There isn’t a day that goes by when I don’t think about him. I haven’t accepted it yet but i’m trying.

He affected so so many people.. anybody that was in contact with him was affected.. it was impossible not to be.

I am honored to have been able to call him my Dad.

I love you and miss you more than anything!